Over the years, I have become interested in the concept of building a platform to amplify a message, service, product or movement. After sitting on the fence and soaking in content but not doing anything with it, I decided to create MoreThanAHut Solutions to force myself to DO. I needed a real life vehicle through which I could implement the ideas that I was reading about and see how they worked in the ‘real world’.

As I tried out my ideas on my early set of clients, I realized that one of the most important things to identify upfront before embarking on platform building is the tribe that you are going to engage. Find a group of people that buy into your vision and have voluntarily decided to follow you.

Without a tribe, your platform is merely a soapbox and probably will not gain much traction.

Today I thought I would pay homage to ten online platform builders that have or continue to inspire me about what is possible. There is a diversity of methods used to build and engage their tribes, but the key component that is a unifying thread across all of them is that they consistently create compelling content.

So in no particular order, here they are:

I never thought there were other people in the world that got as excited as I do when I discover a new to-do list app – until I discovered Steve Dotto.  He has a YouTube channel that has become my go-to resource for finding out about all the wide variety of apps and techy tools that get me excited to explore.

Its not only his content that I find compelling, but the way in which he delivers it; he really loves this stuff and I find a kinship with him each time I watch one of his videos.

When I originally read Ramit’s blog, I was turned off by the very thing that eventually enamored me to him – his ‘in-your-face’ brashness. I mean, who calls their blog ‘I Will Teach You to Be Rich’? But thankfully, behind the initial image, there is a significant depth and resonance with his ideas about personal finance.

Perhaps the thing that I admire the most about Ramit though is his masterful use of email marketing – I have never experienced anybody else who has such a deep understanding of segmentation and building a funnel of marketing through email. What I like about him is that everything he does is based on experimentation and analysis, so its not just fluff but ideas that have empirical data behind them.

My introduction to Tim’s platform was actually offline. His bestselling book The 4-Hour Workweek was an encyclopedia of ideas that challenged my status quo and what I thought was the way things had to be.  I read the book at the same time as a colleague of mine who is an even bigger tribe member than me (she refers to him as ‘Timmie’) and we still reference ideas from his book today.

His online tribe is where the real magic happens though – he was engaging with his tribe through his blog even before he wrote the book. 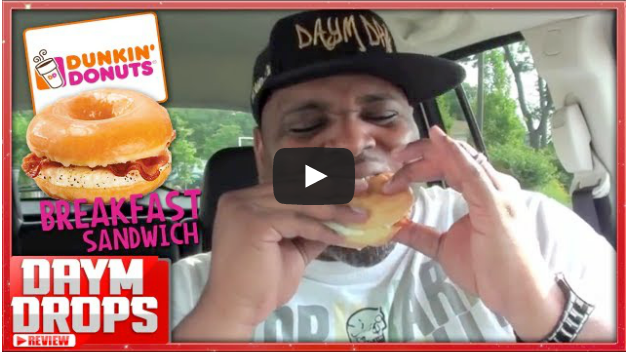 Daymon Peterson is a regular guy who’s funny that decided to make his own ‘gourmet reviews’ of fast food.  He took what started out as a way to quell his boredom by shooting ‘home reporter’ videos and grew it into a major platform that now includes hosting a show on the travel channel doing what he loves on a larger stage.  It all started by his own unique way of describing a french fry in this review he did of Five Guys Burgers.

“You bite the fry and the fry bites back!  That’s when you know you have an OFFICIAL french fry.

At the time of publishing, I think it is still true that only a handful of people know Fake Grimlock’s real identity.  He has successfully built a following on Twitter with an alter ego because he has a unique delivery of content that actually has a lot of weight and wisdom with it.  He is also an illustrator, so providing visual complements to his ideas helps.  I was so fascinated by his work that I signed up for his Kickstarter campaign – and he did not disappoint.

Here is one of the goodies he sent to me during the campaign that I still have up on my wall: 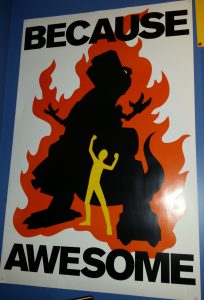 I don’t need to say much about this guy – just watch this:

Michael Hyatt literally wrote the book on Platform Building.  His book, along with Seth Godin’s Linchpin, were the starting framework for my ideas around platforms and impact.

If these guys don’t make you laugh, I don’t think much can.  I was introduced to their platform by an appearance they had on the George Lopez night-time talk show where he showed the video below that was made by them.  At the time, their claim to fame was that they made high quality local video ads for small businesses.

They have since grown their tribe to millions of viewers on their YouTube channel, which includes a daily show called ‘Good Mythical Morning‘.  If you haven’t seen some of their epic rap battles like here and here – then you are in for a treat.

I love Sacha’s blog.  It is an eclectic mix of creativity, art, geeky topics and most important of all – sincerity.  I was honored to have a Google Hangout with Sacha almost two years ago and can say with complete confidence that she is the same person in person as she is in the blog – she truly values learning and sharing above all else.  We spoke about platforms (this was around the time I was really trying to figure out what platforms meant to me) and I pointed her towards Mike Hyatt’s book.  Since then, I have seen her expand into doing more with Google Hangounts and continue to engage her tribe in interesting and novel ways.

For the past three years, I have recieved an email in my inbox every Saturday morning from John’s blog that I look forward to reading.  His consistency of publishing a post once a week to that blog is what has cemented his presence in the mind of his platform.  I just recently helped him launch a separate website to build out a movement that came as an offshoot of his blog and with the momentum he has behind his book, I am excited to see his tribe explode in growth and impact.

Though I listed ten platforms here, there are numerous others that come to mind, so this is not a definitive list, but just the ten that have had the most significant impact on me in the recent past.  My goal is to dig a little deeper into them and study the ways in which each of these platform builders charted their course – with the hope of distilling more ‘nuggets’ for you on how best to build your own platform and thrive.